As an organization that came together on the land where the UC Davis campus is located, we first adopt the campus acknowledgement:

We should take a moment to acknowledge the land on which we are gathered. For thousands of years, this land has been the home of Patwin people. Today, there are three federally recognized Patwin tribes: Cachil DeHe Band of Wintun Indians of the Colusa Indian Community, Kletsel Dehe Wintun Nation, and Yocha Dehe Wintun Nation.

The Patwin people have remained committed to the stewardship of this land over many centuries. It has been cherished and protected, as elders have instructed the young through generations. We are honored and grateful to be here today on their traditional lands.

Take a minute to look up where you are calling in from if you do not already know.

Knowing what land we are settlers on is critical to our engagement with our SWANASA communities. 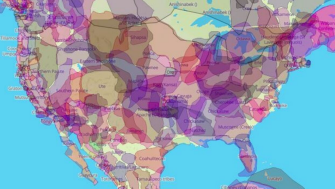 We at Other Collective unequivocally support the self-determination movements of  indigenous communities worldwide, within and beyond the borders of  nation-states.  We reject all forms of ethno-nationalism, state-sanctioned violence and surveillance,  imperialism, war, and genocide against Palestinian, Kashmiri, Hazara, Adivasi,  Yazidi, and other peoples whose autonomy has generationally been under question. Because our communities have also been part of indentured servitudes, we  acknowledge the indigenous communities there – in Fiji, the Caribbean, Africa, and  elsewhere. In our work, recognizing our various positionalities, we must ‘decolonize’  spirituality, gender, sexuality, health, community, and the many different ways in which we live and exist.

Other Collective is a student-run online and print media platform dedicated to covering the issues and culture of South Asian, Southwest Asian, North African (“SWANASA”) communities.